The Wilbarger Protocol (also referred to as brushing therapy) is often a part of a sensory integration or sensory therapy program. It involves brushing the body with a small surgical brush throughout the day. People who exhibit symptoms of tactile defensiveness are extremely sensitive to touch. They often fear or resist being touched, have difficulty transitioning between activities, and may be lethargic. This therapy was developed by Patricia Wilbarger, MEd, OTR, FAOTA.

The complete protocol usually takes 2-3 minutes to administer. The first step involves using a soft, plastic, sensory brush or Therapressure Brush which is run over the child's skin, using very firm pressure; it is like a deep pressure massage. Brushing starts at the arms and works down to the feet. The face, chest, and stomach area are never brushed because these are very sensitive areas. Brushing these areas may cause adverse reactions including vomiting.

There is not much documented research on the Wilbarger Protocol. However, many parents of children with autism have reported seeing decreases in sensory defensiveness and anxiety as a result of using this technique. Some of the benefits may include improved ability to transition between daily activities, improved attention span, a decreased fear or discomfort of being touched, enhanced coordination, and better self-regulation. 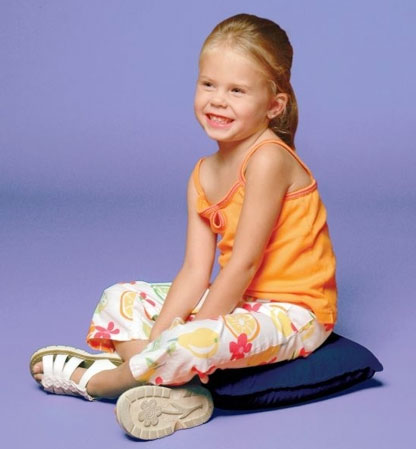 The brushing therapy is initially recommended every 2 hours while the child is awake. Therapists usually re-assess the level of brushing after two weeks. At that time they may modify the program. The brushing continues as long as the individual benefits from it. This program may be a part of sensory integration therapy in which case the child will also be directed to work with a variety of sensory toys and tools.

After the brushing therapy, therapists may also prescribe gentle joint compressions to the shoulders, elbows, wrists, fingers, hips, knees/ankles, and sternum for a count of ten. Self-administration of joint compression by the client can also be done by pushing against walls, doing jumping-jacks, push-ups, or jumping on a trampoline.

Finally, the therapist may also suggest the Oral Tactile Technique, or OTT. This technique requires a finger to swipe along the inside of the person’s mouth. This is helpful for kids with oral defensiveness. (These children may have trouble with foods because of the texture or may hate having their teeth brushed.)

If you think that your child would benefit from the Wilbargar Protocol, it is important to seek guidance from an Occupational Therapist. The OT must be trained in sensory integration and must be specifically trained to use the Wilbargar Protocol. Performing the therapy in a manner other than taught by a trained professional may not be effective and can be very uncomfortable for the individual.